November 27, 2019
IMPORTANT UPDATE: It is unfortunate and unforeseen that we are writing today to you – our fans – in regards to postponing the VBK2 event, which was due to be held on Saturday, January 11, 2020 at the Kissimmee Civic Center in Kissimmee, Florida. (Read Full Apology – Click Here)

Kissimmee, Florida:  Ken Shamrock, the World's Most Dangerous Man and co-founder of Valor Bare Knuckle Inc. (VBK™), announced today that the promotion will be visiting Kissimmee, Florida for the first time on Saturday, January 11 to host VBK 2. An exciting rematch between JC Llamas and Mike Richman will be on the card.

“I can't wait to see Llamas and Richman,” said Ken Shamrock Co-founder of Valor Bare Knuckle Inc. (VBK™). “No more excuses, put up or shut up.”

Stay tuned in the coming weeks for information where you can purchase your tickets for Valor Bare Knuckle (VBK) 2. This event will take place on Saturday, January 11th at Kissimmee Civic Center in Kissimmee, Florida. This event will be available live via on pay-per-view at 9:00 p.m. ET / 6:00 p.m. PT on iNDEMAND, DIRECTV, DISH, VUBIQUITY in the United States, as well as Bell TV, Shaw Communications, Rogers and SaskTel in Canada, and the FITE.TV digital platform for a suggested retail price of $29.95. (taxes and fees may apply).

The 34-year-old JC “The Leg Lock Monster” Llamas (9-7 MMA, 0-1, NC Bare-Knuckle Fighting, 1-0 Pro Boxing) made his bare-knuckle debut when he took on legend Chris Lytle and lost via unanimous decision. He made his return to bare-knuckle fighting and took on Mike Richman at VBK 1. This fight was ruled a no-contest due to an accidental headbutt.

“It would be impossible to stop this dream.” JC Llamas said, “I will be the first Light Heavy Weight Valor Bare Knuckle Champion.”

Mike Richman states regarding Llamas: “He knows the truth, I know the truth and everyone that saw the fight knows the truth. He’s not getting away with any bullshit this time. I’m going to walk through his pillows for hands and destroy him.”

As previously announced in the main event, VBK Heavyweight Champion Mark “The Hand Of” Godbeer fighting out of Bridgwater, Somerset, England, will defend his title against Lavar “Big” Johnson fighting out of Fresno, California. 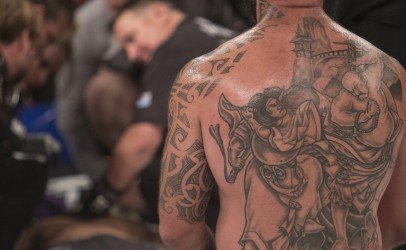 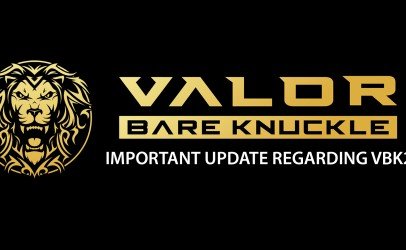 We’re Sorry, VBK2 has been postponed until further notice…

It is unfortunate and unforeseen that we are writing today to you – our fans – in regards to postponing the ... 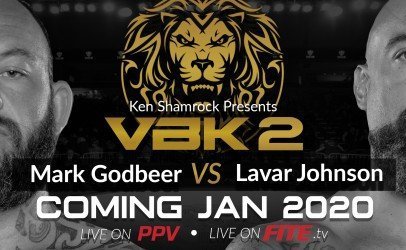 Mark Godbeer to defend his VBK Heavyweight Title at VBK2

IMPORTANT UPDATE: It is unfortunate and unforeseen that we are writing today to you – our fans – in regards ...