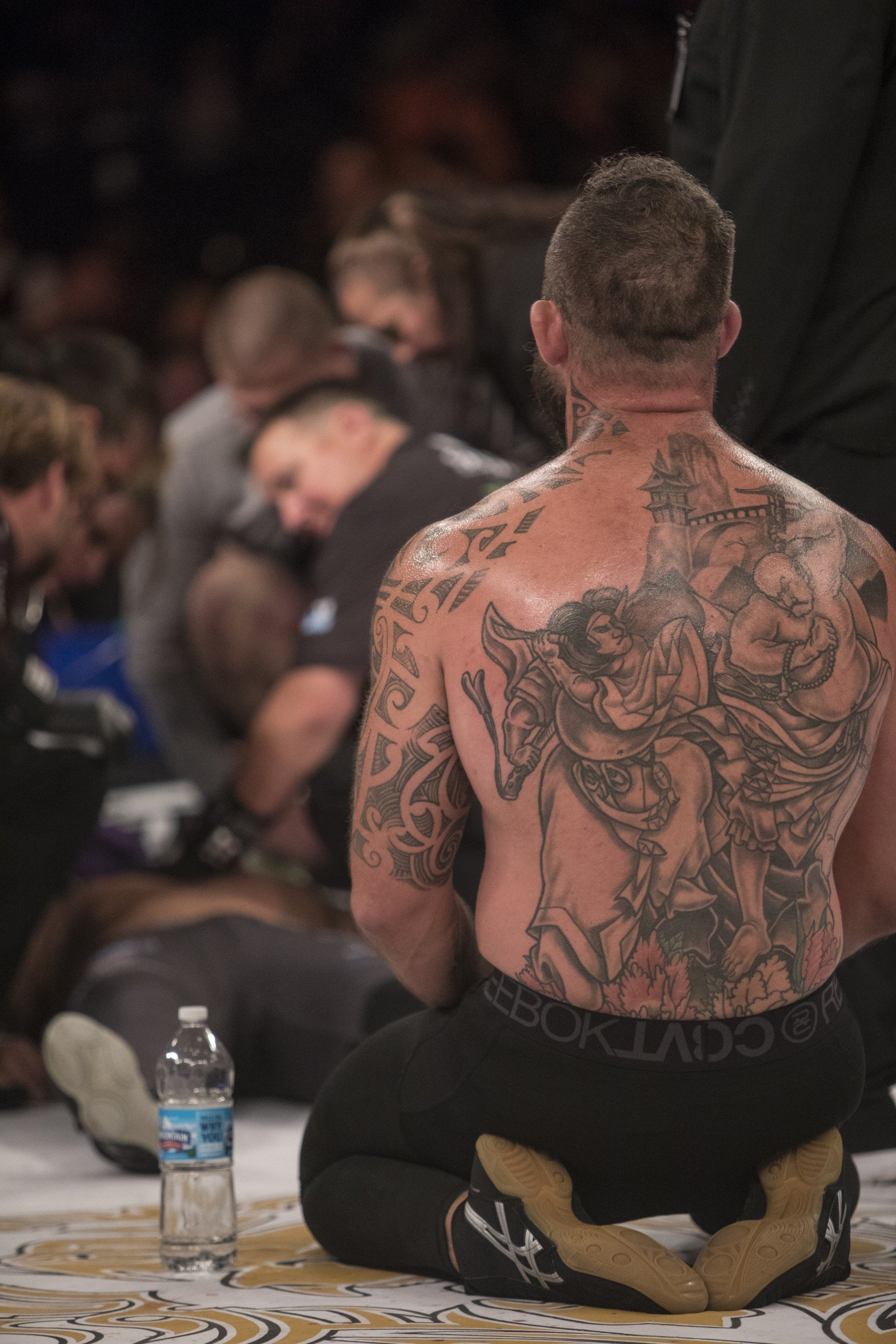 VBK: 1 featured a one-night, four-man heavyweight tournament as the card’s main attraction. In the first heavyweight bracket, we saw UK fighter Mark “Hand of” Godbeer take on UFC vet Jack May. At just 50 seconds into the first round, Godbeer knocked his opponent out with a straight right to the chin. As medics and officials attended to May, Godbeer took the Japanese seiza pose. He remained in this position as a show of respect until May rose to his feet. The sold-out crowd gave both fighters massive applause. He then faced Mighty Mo and defeated him in the very first round after a series of punches. Godbeer won the tournament and become the first Valor Bare Knuckle (VBK) Heavyweight Champion. Watch Jack “The Outlaw” May vs Mark “The Hands of” Godbeer by going here.

Godbeer states regarding his fight with Jack May:

“Nothing was in my mind other than to direct my appreciation, concern, and respect for Jack,” he continues, “Heavyweights are huge guys giving and taking strong punches, so I was very happy when he came around. A few days later I reached out to him through social media to check-in. He congratulated me. I thanked him. We know this is part of the fight game.”

“Fighters put it all on the line,” he continues, “We try to give fans an experience they will never forget. I have so much respect and appreciation for Godbeer and May, and everyone else who competed on our historic first card.”

As previously announced, the main event for VBK 2 will bring VBK:1 Heavyweight Tournament Winner Mark “The Hand Of” Godbeer fighting out of Bridgwater, Somerset, England, will be defending his title against Lavar “Big” Johnson fighting out of Fresno, California. Stay tuned in the coming weeks for information where you can purchase your tickets. Valor Bare Knuckle (VBK) 2 will take place on Saturday, January 11th at Kissimmee Civic Centsr in Kissimmee, Florida.

This event will be available live via on pay-per-view at 9:00 p.m. ET / 6:00 p.m. PT on iNDEMAND, DIRECTV, DISH, VUBIQUITY in the United States, as well as Bell TV, Shaw Communications, Rogers and SaskTel in Canada, and the FITE.TV digital platform for a suggested retail price of $29.95. (taxes and fees may apply).